​​Winner of the Devins Award

In the title poem of Calling His Children Home, winner of the Devins Award for Poetry, Gregory Donovan masterfully braids together the story of Buddy Bolden, the legendary founder of jazz music who went mad in the midst of a cornet solo, with the legends surrounding the hot-air balloonist Buddy Bartley, a fellow New Orleans performer, and Eunice Winkless, the stunt rider of the same era who thrilled crowds by plunging on horseback into a pool of water. In poems notable for their strong, forward-driving lines. artful metaphors and striking sonics, Donovan's characters reenact that plunge into the discovery of the self--and the selves--hidden beyond the mirror that calls its children home.​​

Torn from the sun 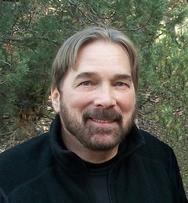 ​​Interviews from the Film A Late Style of Fire: Larry Levis, American Poet

Lush in sound and image, the poems in Torn from the Sun look through the lenses of natural, personal, and collective history to ask how w​e endure in loss and in beauty. I loved this opening couplet from “Ravens at Tamalpais”: "Bald white trunk & dead black bark, toc-toc. Small shrugs/ in long black coats, their stripped pine whipping at the skyline…" Donovan offers us a deep and immersive read, full of loving detail and thought.     -- Dana Levin

Poetry: Exciting New Works for National Poetry Month and Beyond" (4/15/15):

Senior editor of the online journal Blackbird, Donovan displays a near conversational tone that belies extraordinary craft, creating poems all the more striking for contrasting unsettling content with susurrating, polished calm. Here’s John Coltrane "on the edge/ of a red morning, …breathing in the cool/ wind that pours over his shoulders," making it "through song after song, coming back  to kill him one more time." The best moments show the real world transfigured, as ravens ("small shrugs/in long black coats") become "the ideas of ravens [slipping] onto air/ …out into the mind’s eye to stall and dip." For all readers.

Long-listed as a finalist for the Julie Suk Award for the best book of poetry
published by an independent or university press in 2015 --Jacar Press, 2/4/16

​Gregory Donovan’s Torn from the Sun draws from a standard repertoire of inherited forms—couplets, quatrains, tercets, the occasional persona poem—but as the book unfolds, the constraints Donovan has imposed on his language become a powerful metaphor for violence and our wide-ranging uses of rhetoric to contain it: “Alarm calls, chase calls, flight calls, wing whistles, bill snaps—and among their clacking & clicks comes a ceaseless mimicry of our human speech, talk talk.” Invoking an assortment of speakers situated in vastly different temporal frames, Donovan invites us to see history as a text in which motifs surface and resurface, themes of violence and its subsequent suppression foremost among them. One poem’s pristine couplets lend order, however arbitrary, to an intrinsically threatening world: “After the fire and the Big Bang and all that / things changed. Photos curled up and lost face, metals shifted  / color, trophies melted, glass crackled, wood whistled and sang. // All along, that roar.” Here Donovan presents creation, the precise moment the universe came into being, as the originating act of aggression, an energy that continues to pulse through the smallest things. His poems call attention to the artifice inherent in our efforts to maintain a semblance of mastery over the world and oneself: “Wheels within wheels spinning a cold flame, / Feather of soot each of us must hold, each dark / That shatters in that red tide.”

​​​​"Something like rheumatism is organizing in the exquisite bone icons of our late twentieth-century American lyricism. If you, reader, want gusto, sudden movement, grace, and radiant carriage from poetry, then I urge you to buy Calling His Children Home by Gregory Donovan. This Devins award volume is intrinsically fresh, moral, and unpredictable. It is a wonderful book." -- Norman Dubie

​​​​Should some Hollywood biopic ever be inspired by Michele Poulos’ stupendous documentary and these marvelous interviews, the great problem will be finding someone to play the inimitable Larry Levis.

These transcriptions double as oral histories, flash memoirs, and spontaneous poetics essays not only about Levis, but about contemporary American poetry in the years spanning his larger-than-life life: 1946-1996.

In one interview Carolyn Forché says, “Larry’s poems are suffused with an awareness of human presence.”

The same must be said of this rich and spirited collection. --Terrance Hayes

As I read through the interviews in Prismatics, I found myself pausing in the middle of chapters, rather than between them, so as to savor the feeling of always being immersed in a rich and rewarding conversation. I love the cumulative warmth of this book, of so many poets speaking affectionately and thoughtfully about one of the great American poets of the 20 th century—as friend, colleague, lover, co-conspirator, and cynosure. But more than a commemoration of Larry Levis, Prismatics offers meditations on passion, creativity, self-destruction, ambition, and the nature of literary legacy. It’s a book as capacious and complex as the poetry of Levis itself.  --Nicky Beer 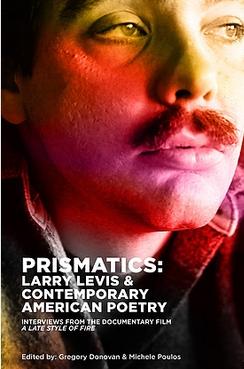 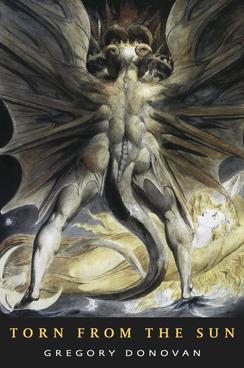 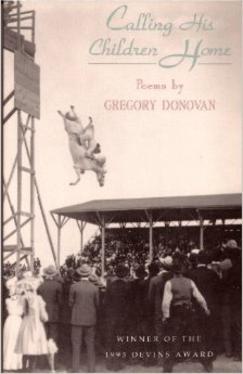 From the review of Calling His Children Home, Robert Hosmer, Southern Review:

. . . He displays a particular skill at conflating myth—historical, political, sexual, classical—into meditation, so often   drawing the Other into the realm of the Self as he depicts the process by which we construct self or selves ("Penelope in Brazil," "Desert Moon," "The Apache Squint"). Donovan emerges as a poet of considerable moral concerns ("Sarah Henry, Phantom Wife: 1775"), even, dare it be said, spiritual depth ("As the Desert Rain"), whose visual range creates an outward embrace of extraordinary and heartfelt generosity. In the hands of this poet, language becomes a transcendent thread that pulls the filaments of diverse peoples and experiences into a fabric of sustaining warmth. In sum, Calling His Children Home is an elegy for figures distant and not so distant, for a world not well lost—a world this poet will not let slip through the fingers of time.